Glancing around the 2017 Sere Sal (Yazidi New Year) celebrations in Lalish, it is difficult to imagine that these people underwent the earth’s most recent genocide in 2014. They look relaxed and happy, excitable too. But this did happen to them. And many of these people are survivors of the flight to and subsequent siege of Sinjar Mountain. Some are survivors of the ISIS program to enslave Yazidi women. They were captured and used as sexual entertainment for the troops. Which seems somewhat odd at first, given the Islamic Extremist’s usual stance on sexual relations outside of marriage. They side-stepped this using the “temporary wife” or Mut’a – Pleasure Marriage contract. Dressed in white and surrounded by a chain of people holding hands, these women and girls form a procession through the temple courtyards of Lalish, heads held high.

Meanwhile, everything from frying pans to gravy boats to pieces of smashed tile receive a second lease of life as oil lamps. The oil used is locally extracted olive oil, from the many ancient olive trees in Lalish. It is stored in huge amphora within the temple, to be used on Wednesdays and for celebrations. The temple courtyard is packed. Clusters of effervescent people waving naked flames, disperse and conglomerate. The place is all of a light hearted jostle and bare footed throng, permeated by sporadic bursts of gleeful ululation, picked up and tossed from one group to the next on the warm evening air. Children wend their way through the dense crowds, eyes huge and glowing as the daylight fades and their flames, carried disconcertingly quickly at approximately knee height, cast timeless mesmerisation borne on parted lips and the sparkles of their gaze. It’s loud, joyfully brash, seriously burn prone. Magical.

Celebrations continue long past bedtime – the slap of bare feet on wet stone mingles with laughter, as the young do whatever it is that the young do when it gets dark on high days and holidays. People gradually succumb to sleep. Anywhere. Outside doorways, in corridors, under stone arches, on rooftops – whole families bundle up under blankets and try not to get wet. Friends arrange themselves rowboat style down the stone benches of the outer temple complex, three or so to the yard. Morning dawns clean and bright, smelling of orange blossom and the stretch of cramped limbs and the whole town segues neatly into continued celebration in a barefoot exodus to the surrounding mountains. For picnics.

The Sheiks have sequestered themselves in a large tent on the side of a hill. Where they sit cross legged, served thick bitter coffee infused with cardamom, in little ceramic egg cups, by a Fakir. One shot, then a second, then pass the cup on down the line. They ply visitors with cigarettes, coffee, coca cola and sweets. They receive handshakes and kisses and whatever it is called when someone presses their forehead to a proffered hand - the reinforcing of alliances and bonds almost palpable. Outside the tent, in true Kurdistan style, a selfie orgy is gathering strength, impeded only by the occasional coloured egg-off (like a conker fight, but with hardboiled eggs and no string). Despite the total lack of any amenities (peeing is strictly behind a bush; bathroom? What bathroom?!) everyone has scrubbed up remarkably well and a fine selection of creative hairstyles grace both girls and boys as they make the most of the sun drenched mountainside. 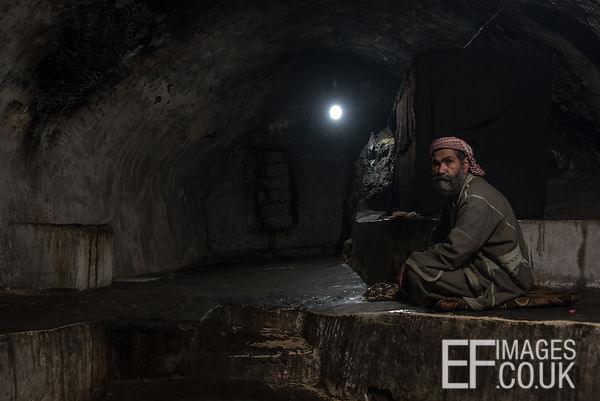 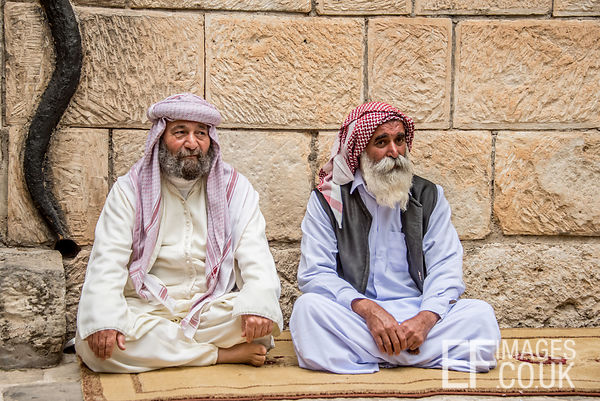 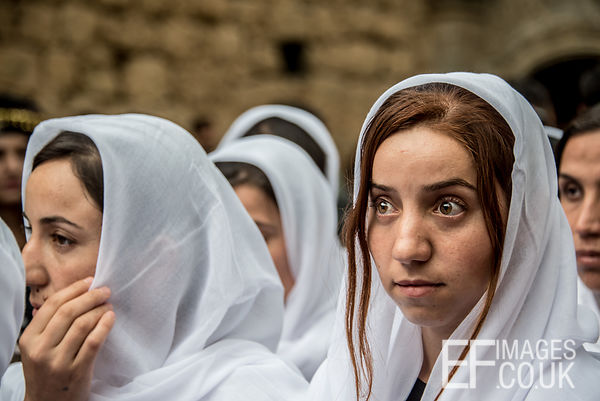 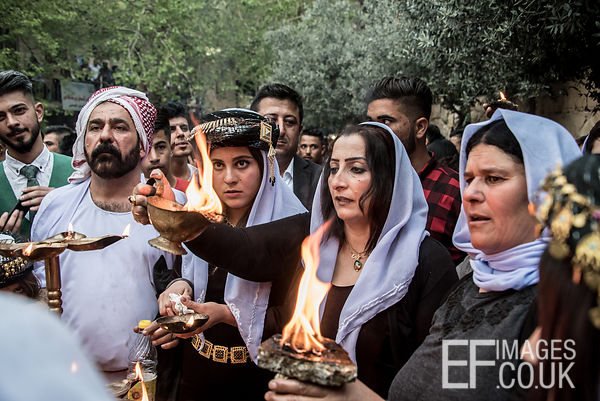 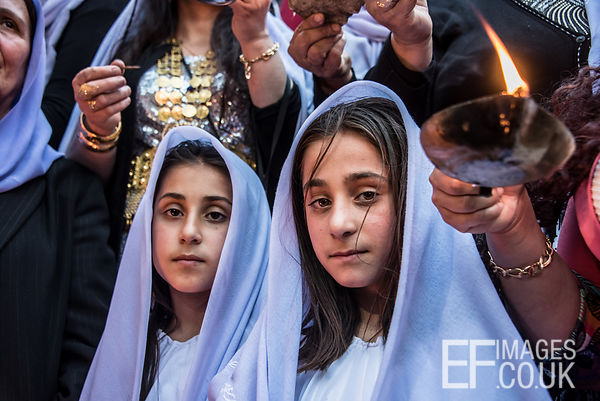 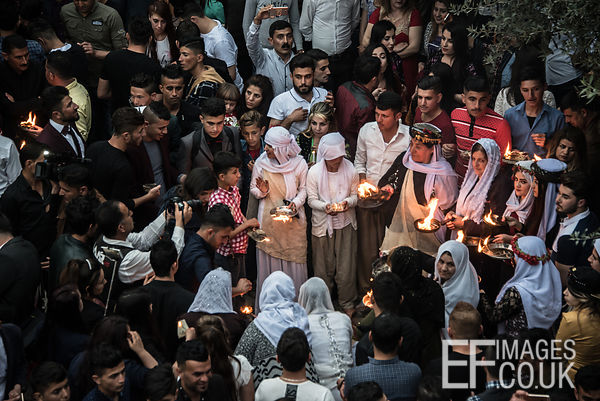 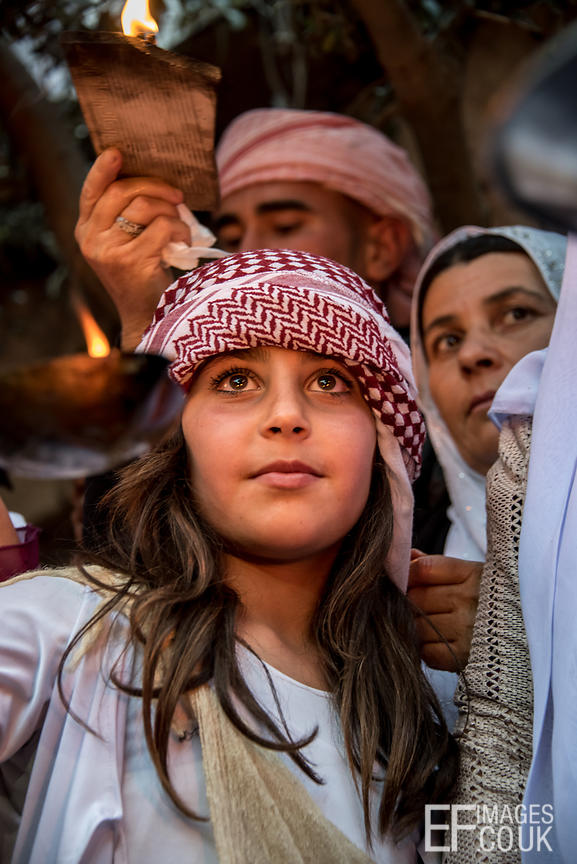 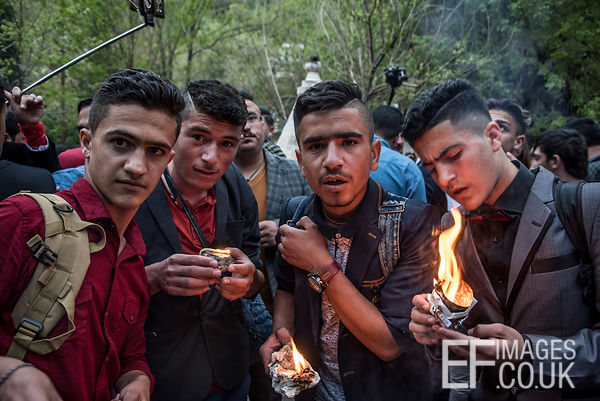 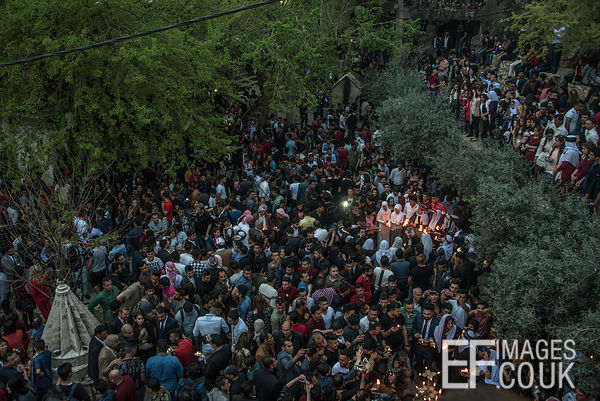 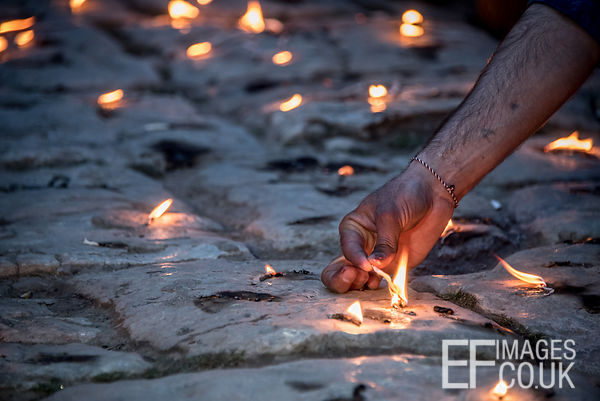 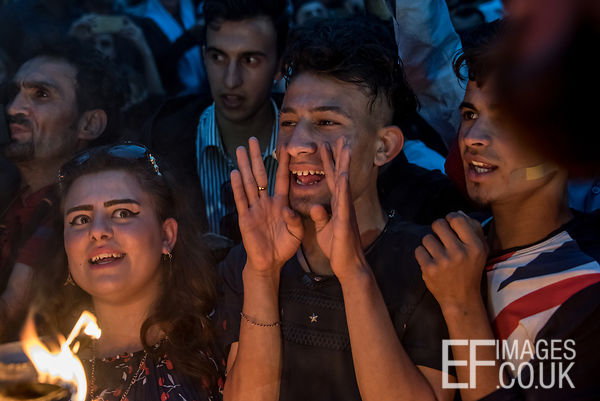 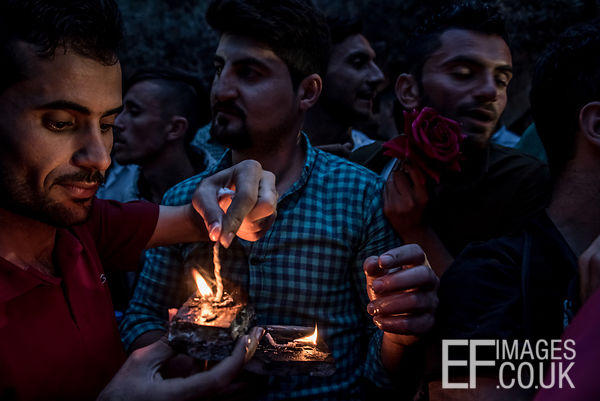 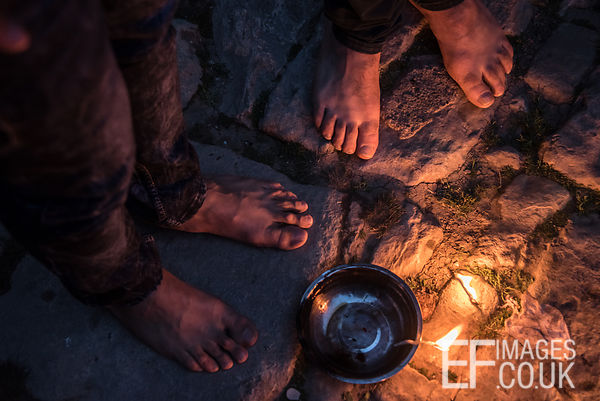 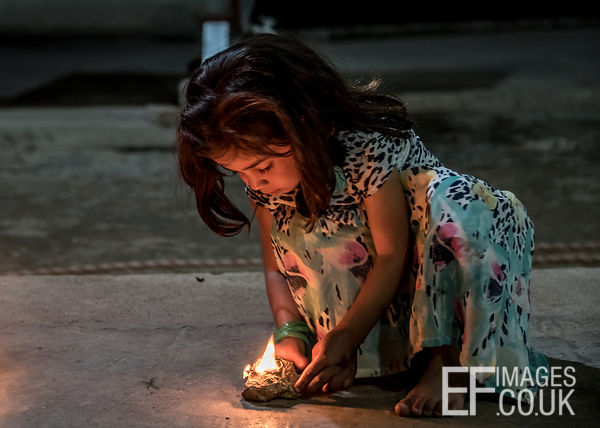 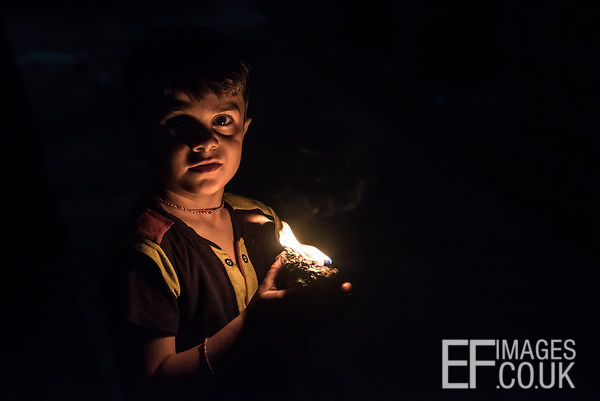 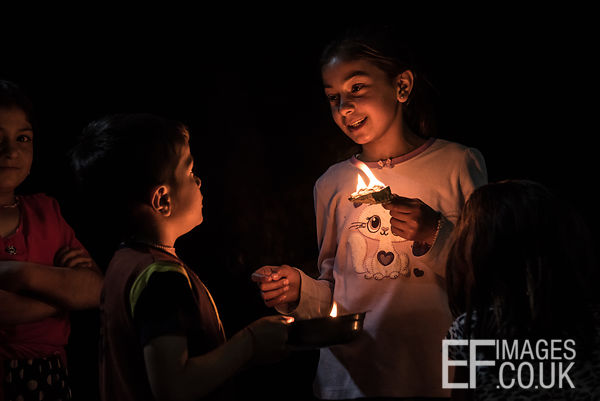 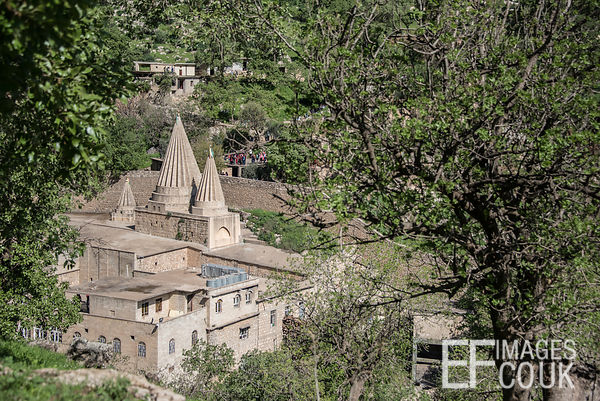 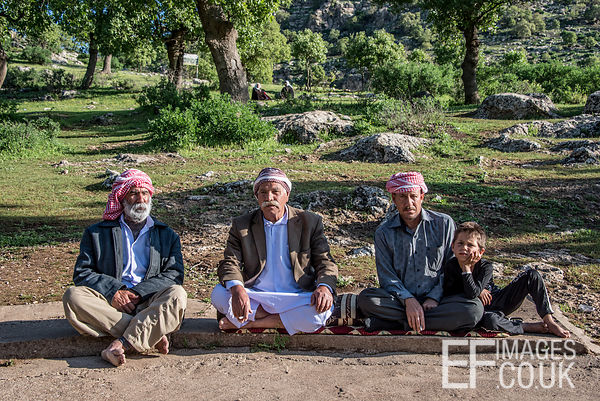 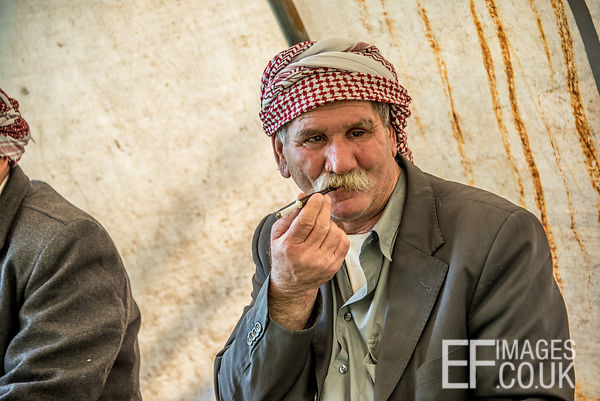 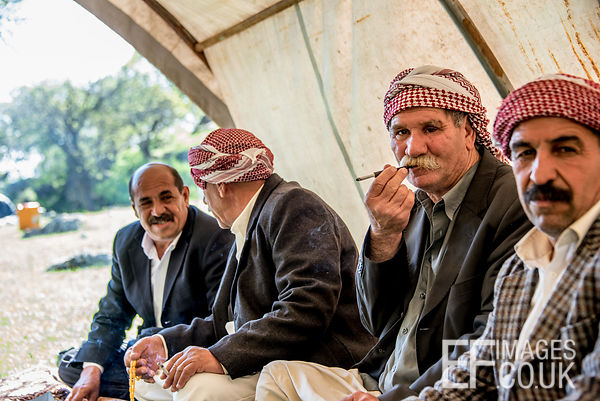 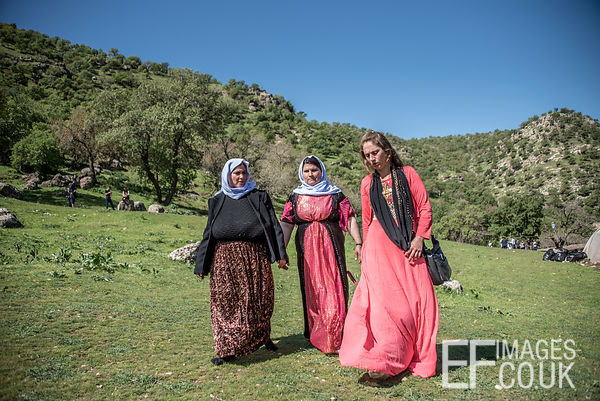 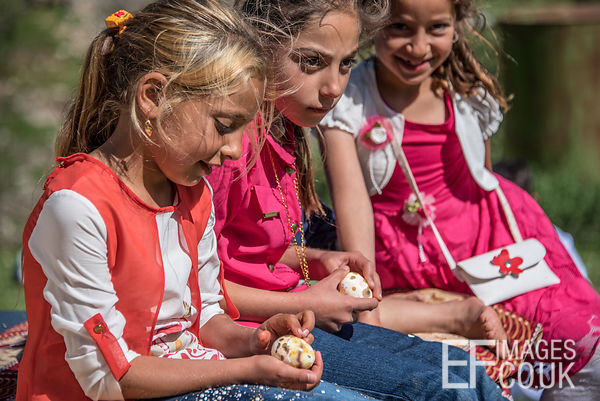 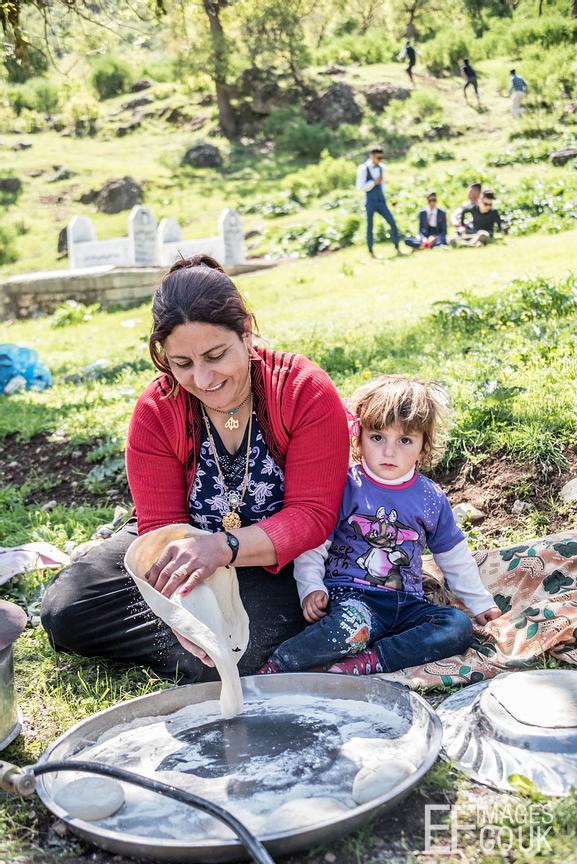 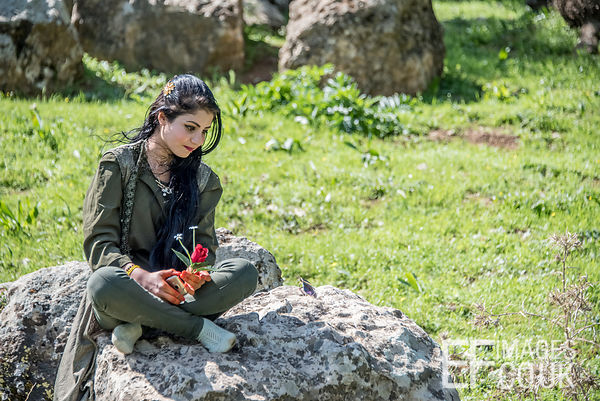 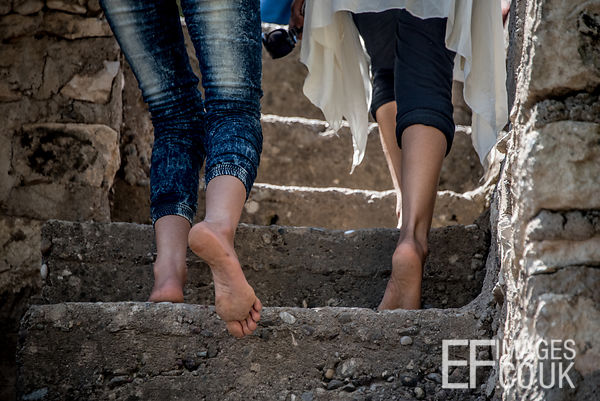