Maundy Thursday With The Chaldeans

Mabworaan on a grey Maundy Thursday does not look like the sort of place you’d expect to find the Grand Patriarch of the entire Chaldean Catholic Church. Single story houses in flaking pastel colours line narrow streets edged with vetch, cow parsley, discarded plastic bottles and small children with footballs. A congregation of sparrows graces the, rather squat looking, church steeple with bursts of chatter and flurry. A mobile vegetable van loiters.

The village is Christian and has experienced something of a revival over the years following the fall of Saddam in 2003. Its then sparse community of mainly old people has been swelled by families born there, but who had left for the bright lights of Mosul until increasing instability post Saddam and the rise of ISIS pushed them to return. Now days Christian families fleeing ISIS often use Malbworaan and similar villages in the same area as a stop off on their way to try to establish a safer life elsewhere.

The Maundy service gets off to a slow start – choir girls and members of the Human Rights Organisation Cottbus require organising into plastic seats down either side of the Chancel. This is no small matter. A Kettle of Journalists faffs over a small but dense forest of tripods, until sufficient inappropriateness of view blockage from the perspective of the congregation is achieved. Just visible through the half open Chancel door, His Beatitude Mar Louis Raphael Sako can be glimpsed directing preparation and tasting of the sacramental wine. Acolytes bustle.

And then we are off. His Beatitude, resplendent in robes and mitre, inspires a journalistic orgy of zoom overkill as he introduces the service in both English and Aramaic. His language skills do not end there however, though he does not speak it on this occasion, his years in Rome have resulted in fluent Italian. He also speaks French and German and makes use of both here – a significant number of his ex-pat congregation are French and he is host to The Human Rights Organisation, Cottbus. Who are German and somewhat integral to this service as the nominated feet washees. Due to the number of languages in which the service is repeated, it becomes rather long. Bored choir girls resort to mobile phone consultation almost immediately and the Organist apparently suffers no qualms over having a little practice between hymns, with some especially tricky sound effects on his Yamaha keyboard. As no one can actually see the service from the Nave through the thicket of cameramen anyway, the amount of traffic exiting and entering throughout doesn’t feel as out of place as it usually would.

Precisely no members of the congregation get to witness the main event – His Beatitude washing the feet of ten Germans, a Muslim and a Yezidi boy. The encircling Wake of Photojournalists and Film Crew having become so impenetrably dense as to resemble something more common to a rugby pitch than a church. It does happen however. Each right foot is suspended over an aluminium washing up bowl, doused with water and given a little rub and a kiss by His Beatitude. Who is surrounded by three Acolytes manfully holding back the photographers in a gallant effort to protect their Patriarch from any unfortunate crushing incidents. He has become a good foot shorter since removing his mitre and could not be described as a man of stature to begin with.

A  number of the Cottbus contingent are moved to tears by the washing of their feet. Candles and gifts are distributed and Holy Communion is received by any who manage to make it through the Journalists. The Organist perks up and performs a rousing cacophony of electronic sound effects to a backing track of which Zorba The Greek would likely have been fond. And then, just as half the congregation has slipped out through the Narthex under the impression that it’s all over, Silvia, of The Human Rights Organisation, Cottbus, steps up. No fewer than 6 crumpled sheets of densely typed speech clutched in her hand, she embarks on a mission to educate the congregation, via the medium of a translator (so they get to hear the whole thing in both German and Aramaic), on such diverse topics as The Holocaust, Martin Luther King, anti-Christian Taxi Drivers and Confucius.

There is a spot of speedy olive tree planting between Church and Lunch, which gives His Beatitude and Acolytes the chance to divest themselves of their robes and don sharp suits and sunglasses, though rather messes with the symmetry of the front of Church lawn. Lunch takes place in a large hall and is a community triumph of delicious local cooking followed by fruit platters featuring apples, bananas and whole cucumbers. 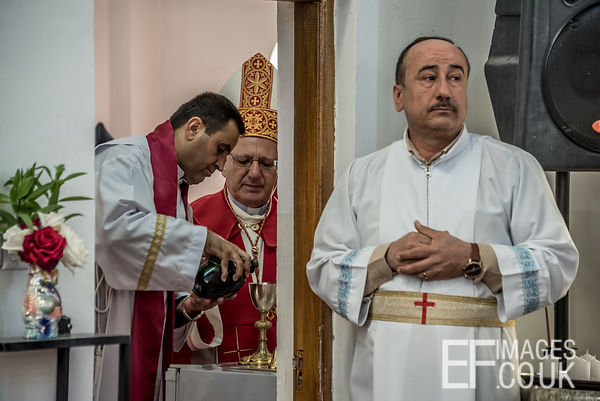 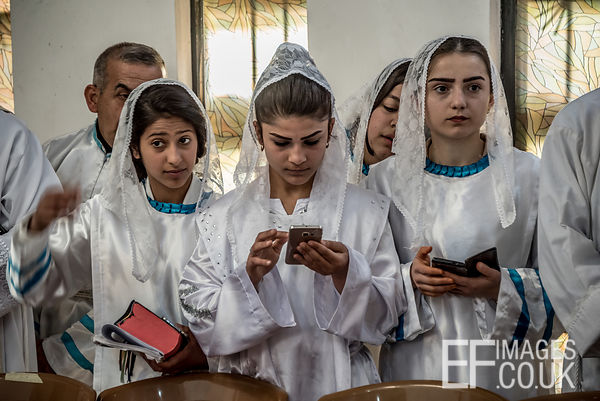 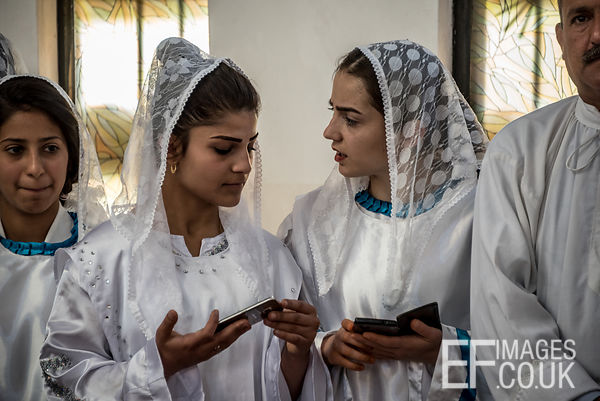 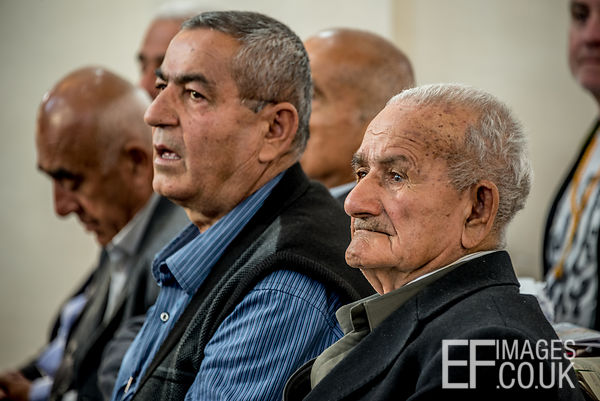 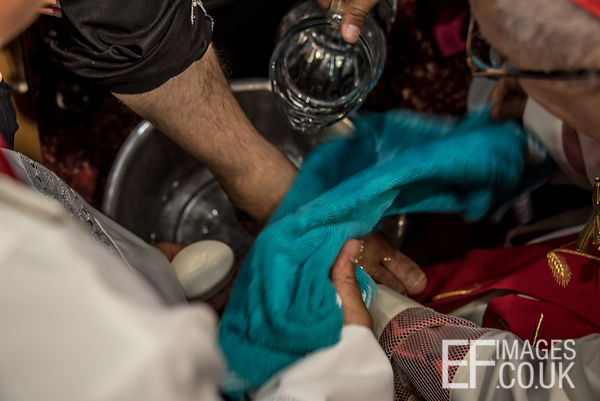 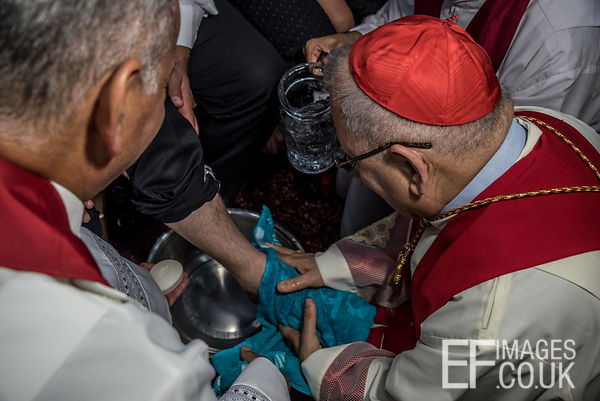 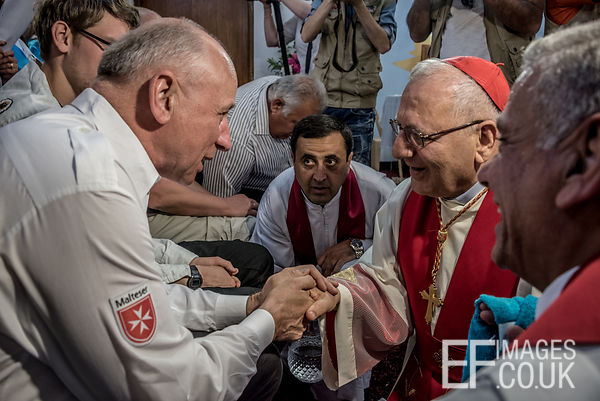 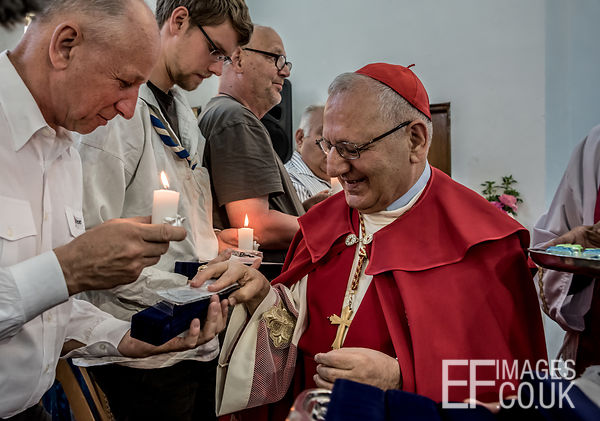 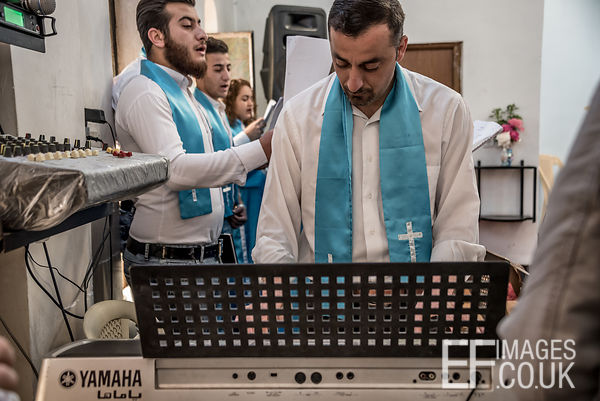 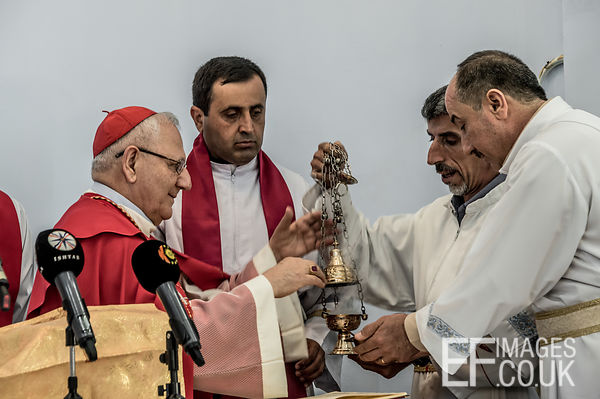 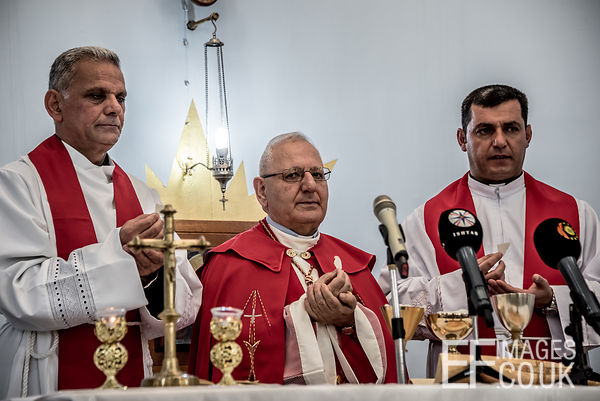 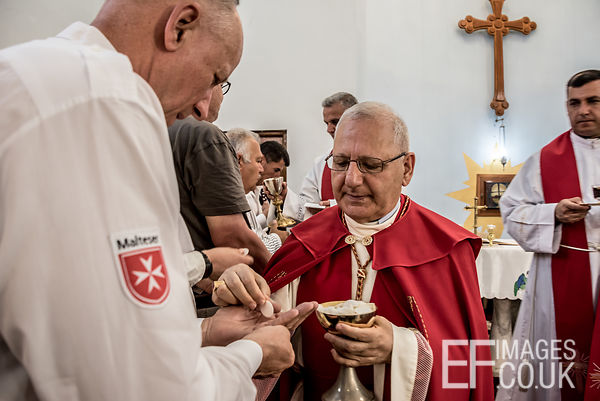 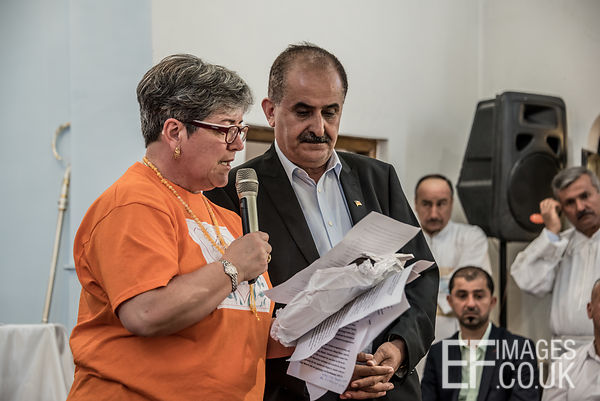 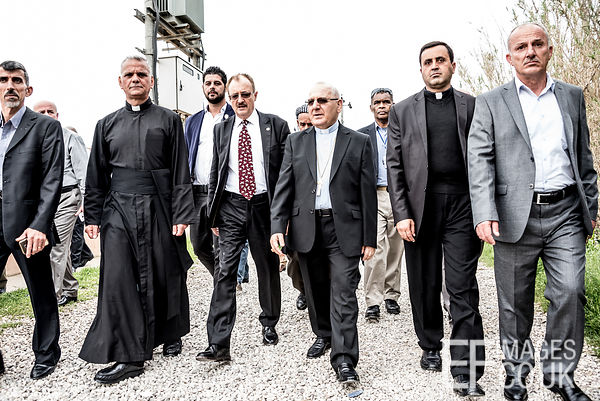