The people of Mosul have had a hell of a few years. With ISIS occupying their city and effectively holding them hostage since June 2014, they've not had the freedom to live normal lives in a long time. All manner of draconian laws were introduced (no smoking, no drinking, no TV, no internet, no mobile phones, no public appearance for women without their eyes, hands and feet covered as well as everything else) and rigorously enforced (with fines, whipping, cutting off hands and beheading).

With ISIS in active conflict since October, any public services and amenities that had been kept up broke down. There is now no water or electricity for many and food shortages for all. Those with any cash left are paying hugely inflated amounts for flour and sugar and fuel. Those without money are eeking out the little they have by eating flour soup and weeds. Anemia is rife, as are other illnesses associated with malnutrition.

Being caught in the middle of a conflict like this is fraught with very difficult choices.

There’s a very real threat to personal safety that goes with trying to leave Mosul. Civilians are very useful to ISIS, they don’t want them to leave and there are many verified cases where ISIS snipers have targeted them, killing people as they fled. One family identifies a pivotal point in deciding to leave as being the smell of the decomposing bodies of their neighbours under the airstrike rubble of the house next door.

And there's a very real threat to personal safety that goes with staying. Added to the hardship and oppression is the daily terror of suicide vehicles (widely used as weapons on the Frontline), mortars, the potential for an ISIS sniper to take up residence on your roof, and the knowledge that the Frontline is coming and slowly but surely it’s going to be your street under the airstrikes.

It isn't possible for people to take much with them when they leave, as most eventually do once the fighting reaches their neighbourhood or it is liberated. In order to get out it's often necessary to go on foot through areas of Mosul that have been badly damaged by airstrikes. Rubble and twisted metal block roadways that may be guarded by ISIS Snipers, children and babies need to be carried, especially when families have to run under fire. Material possessions take a back seat.

On the way out, once through the active conflict zone, feelings seem mixed, there are tears, laughter, exhausted and stressed faces, happy and euphoric faces. Too many blank faces. Levels of optimism are astonishing. The realities of the situation absolutely heartbreaking. What’s not anywhere close to breaking is a palpable sense of community spirit. Everyone helps anyone they can. Sharing water, supporting the old, the young, the sick or injured, passing smaller children and the less able onto and off transport vehicles. Everywhere, helping hands are reaching out to do what they can. These citizens may have lost everything, but their dignity and humanity remain. 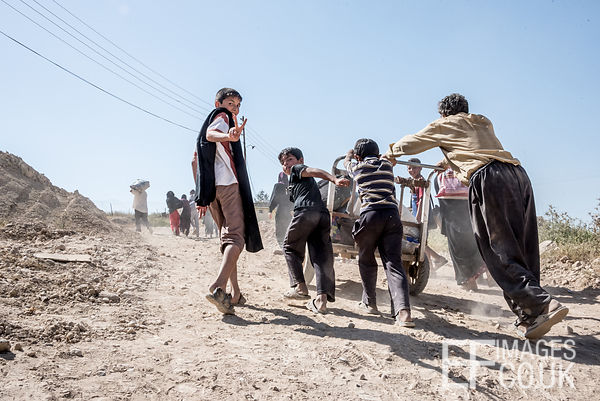 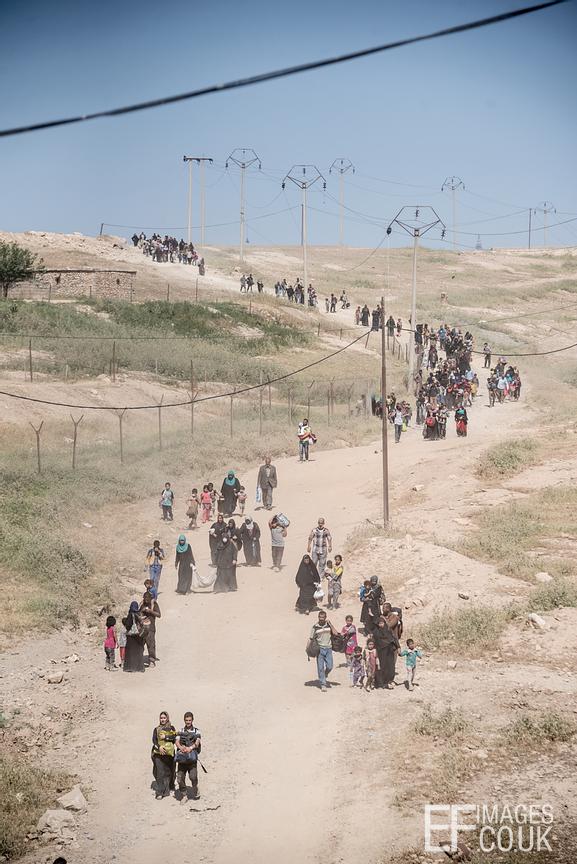 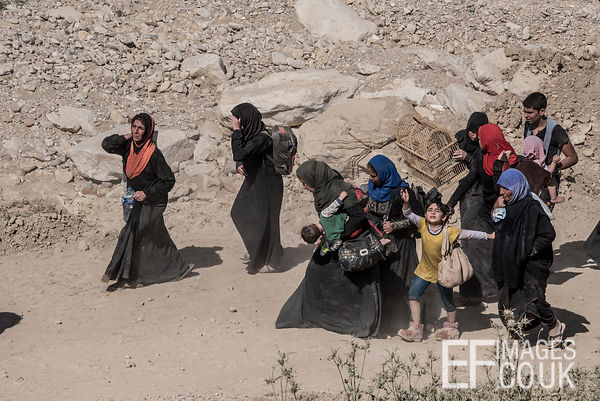 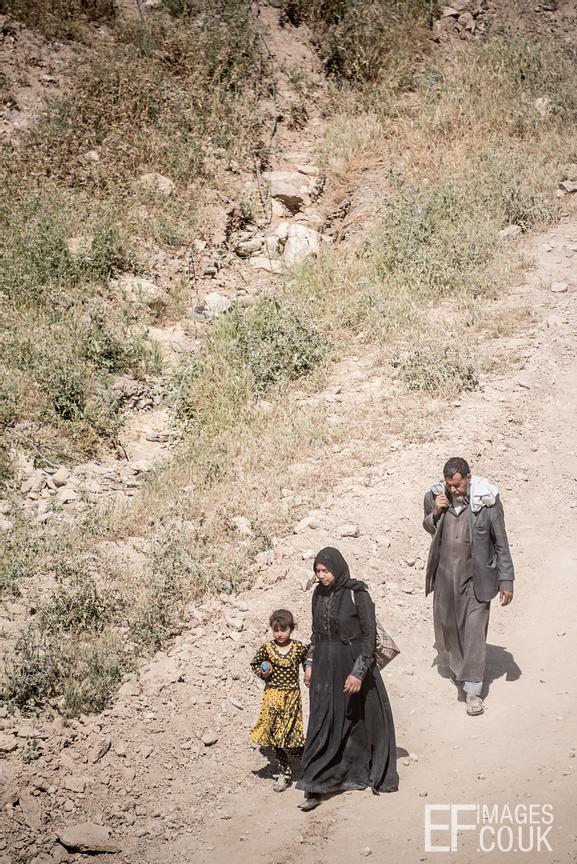 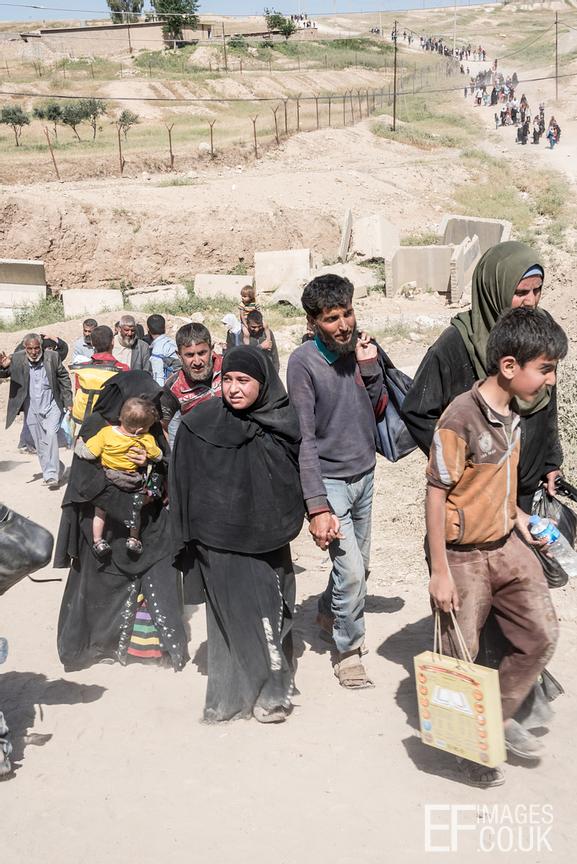 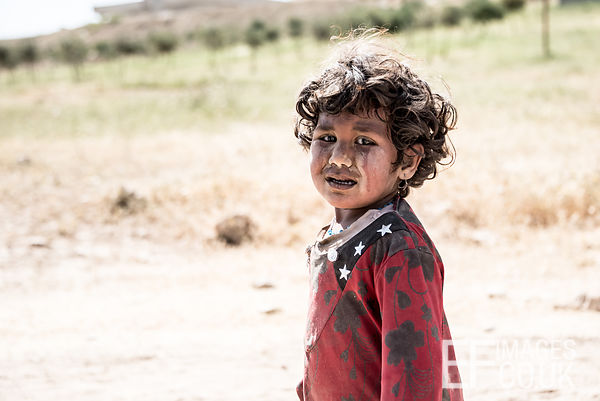 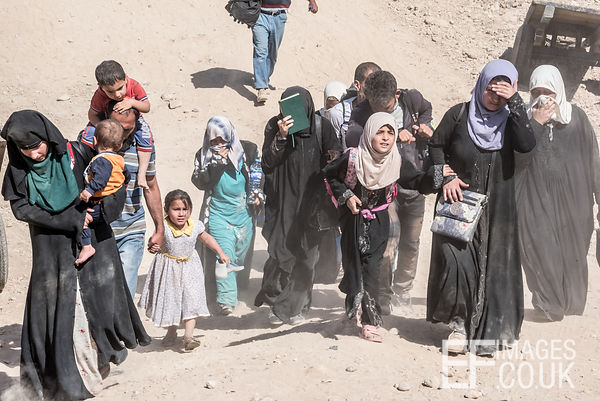 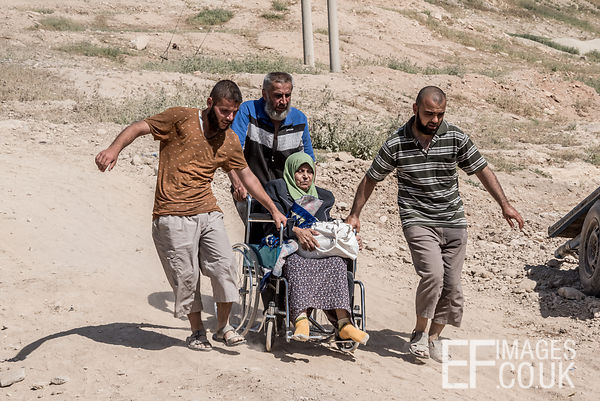 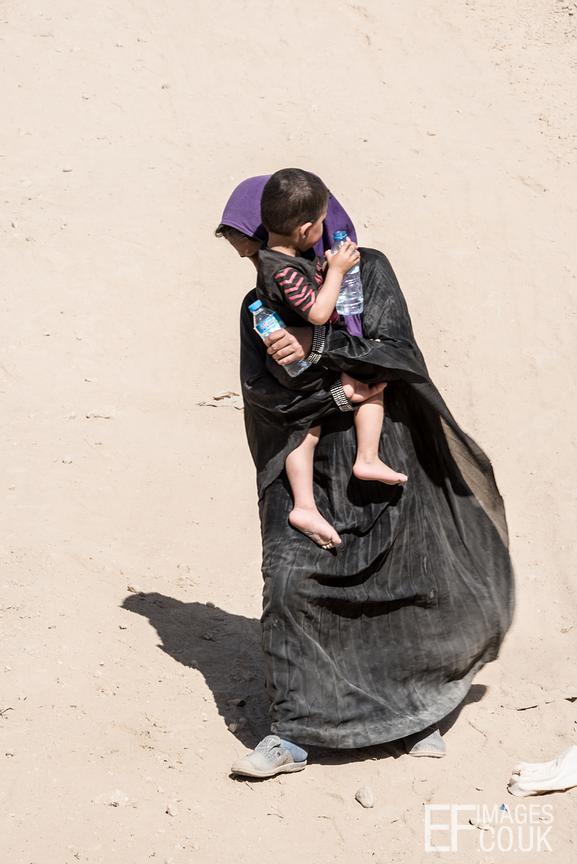 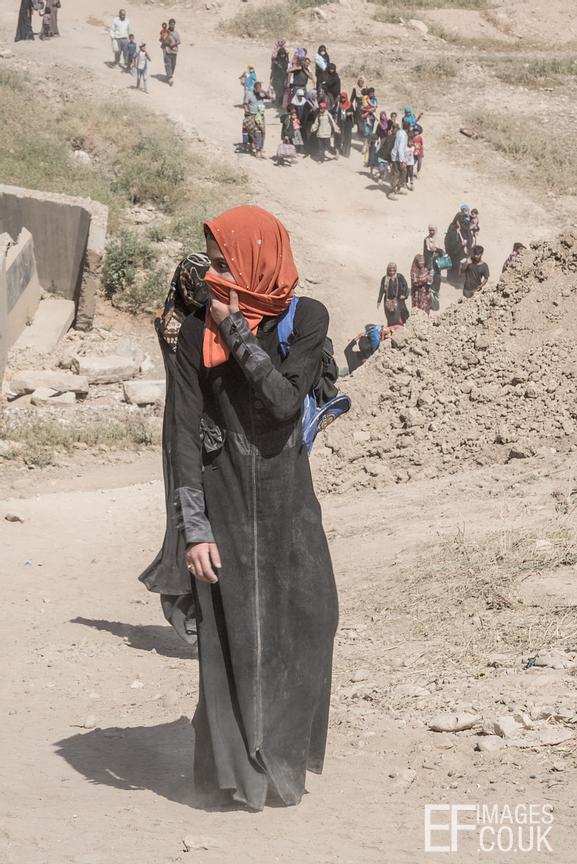 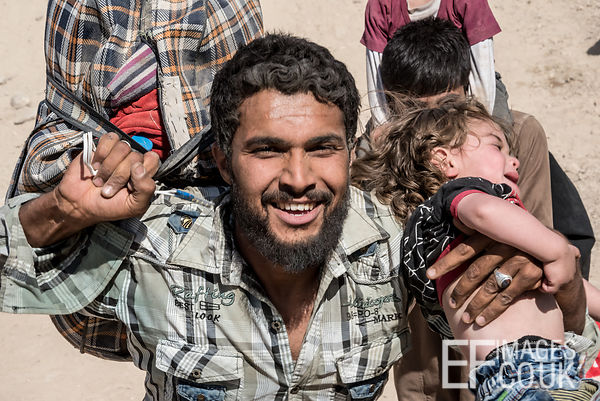 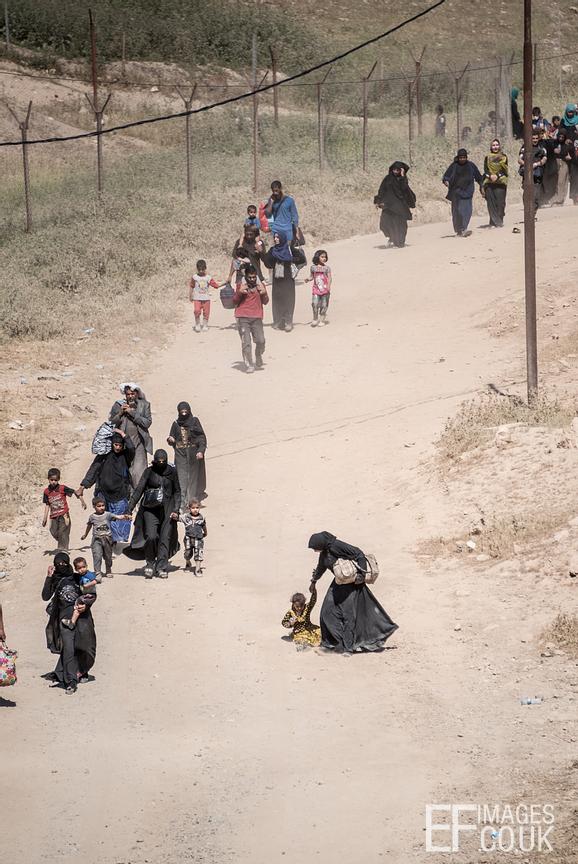 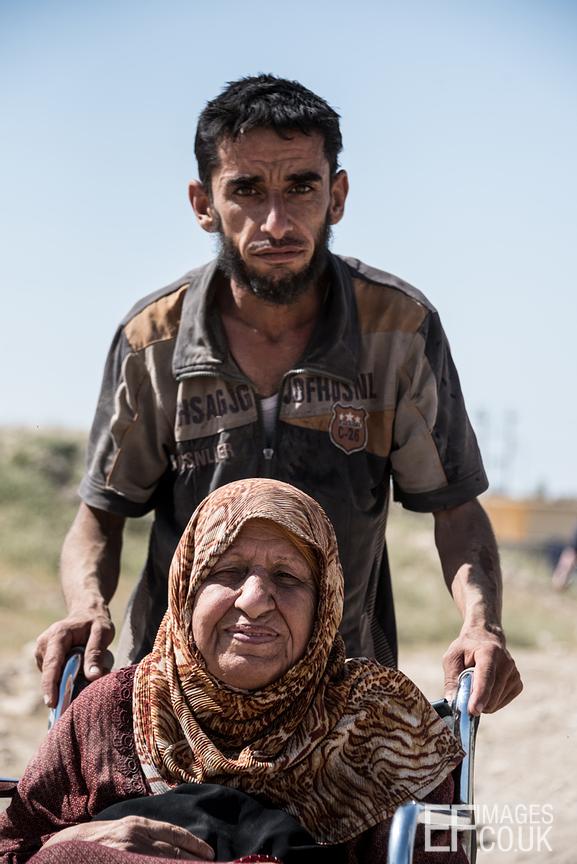 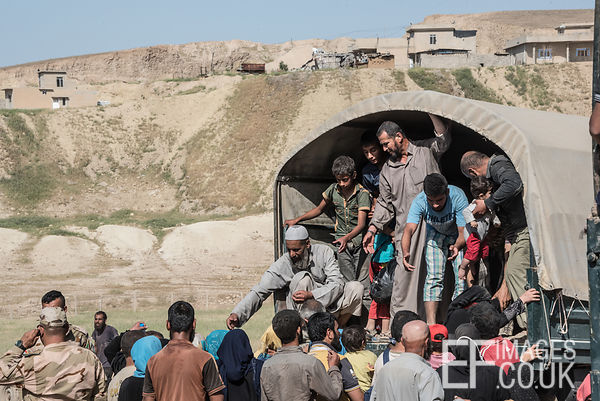 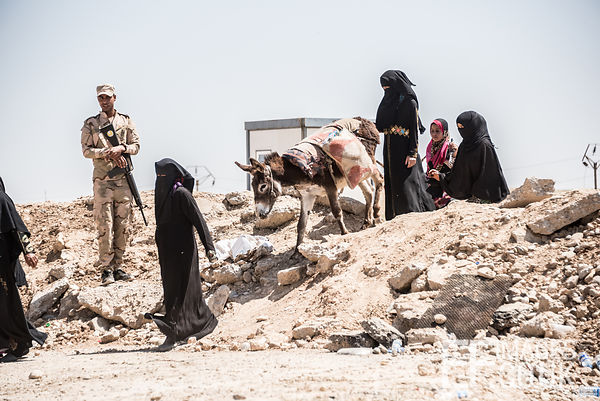 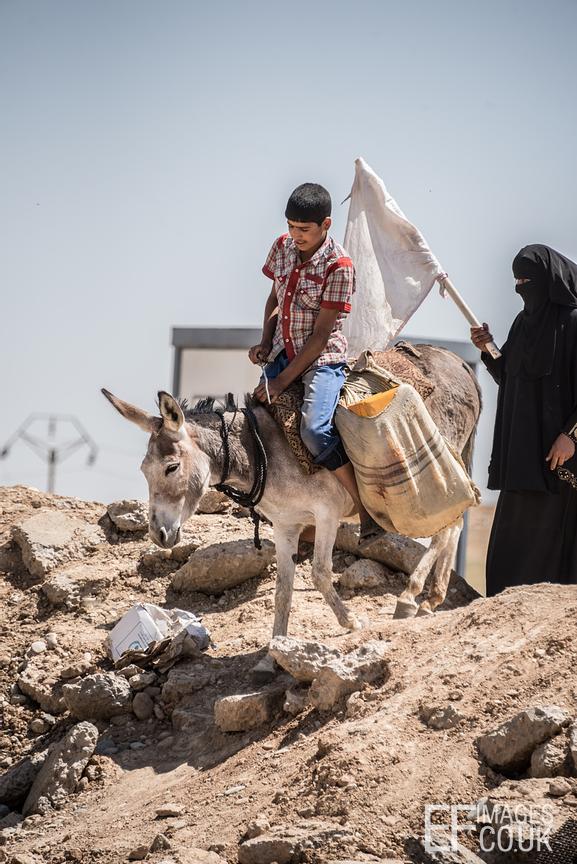 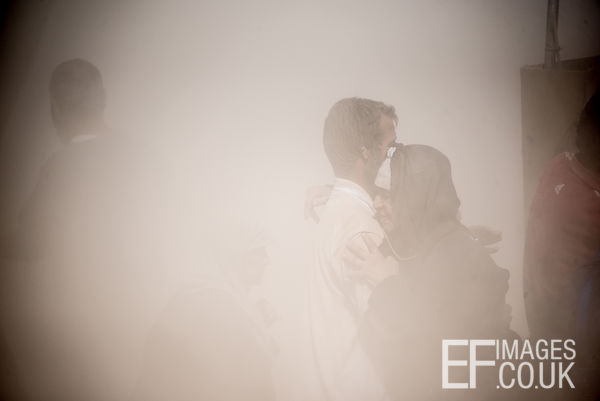 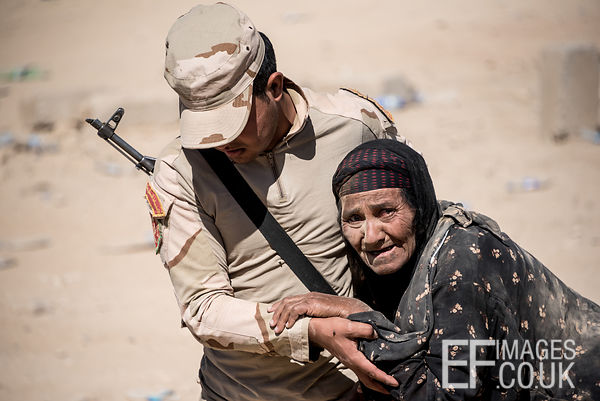 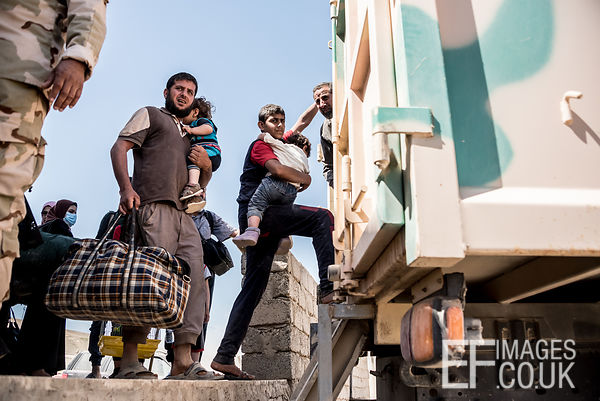 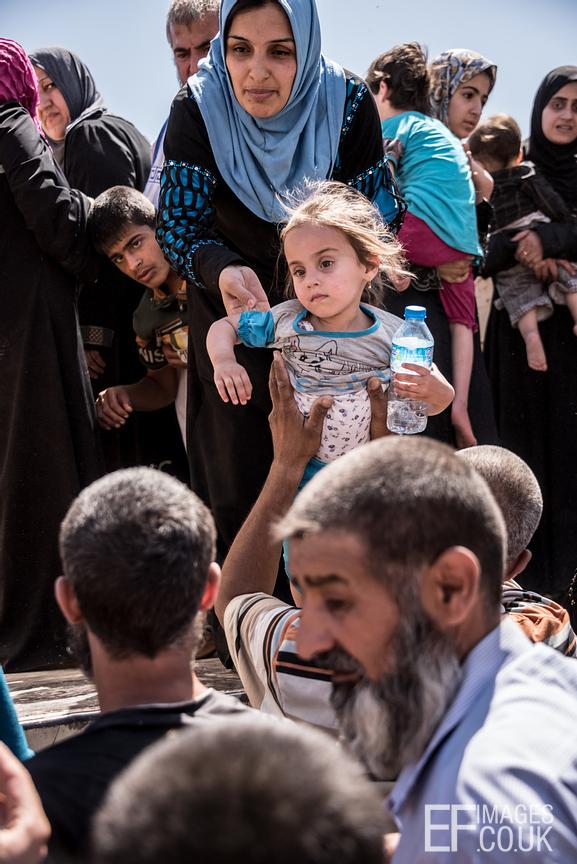 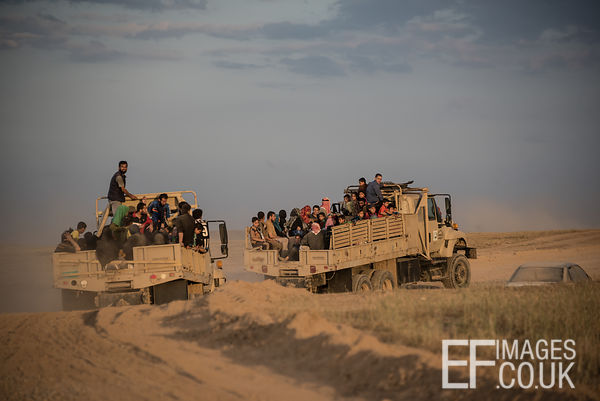