People displaced from Kirkuk by conflict between the Kurdish Peshmerga and the Iraqi Forces, together with the Iranian backed Hashd al Shaabi (PMU) militia group, gather in front of the US Consulate in Erbil. Protesting the lack of help they feel the Kurds are receiving from the international community with considerable anger, especially towards America, members of the crowd rushed the Classy hotel and tore down two US flags. A number of protesters screamed "Death to America" while others simply asked "why didn't you help us?" A small minority pointed out that the situation seemed slightly farcical to them given that Kirkuk was never officially part of Kurdistan, the Americans could not possibly be expected to bomb an ally they are still engaged in fighting ISIS with and without having had the considerable help received from the international community over the past year, Kurdistan would most likely be part of the ISIS Caliphate now. 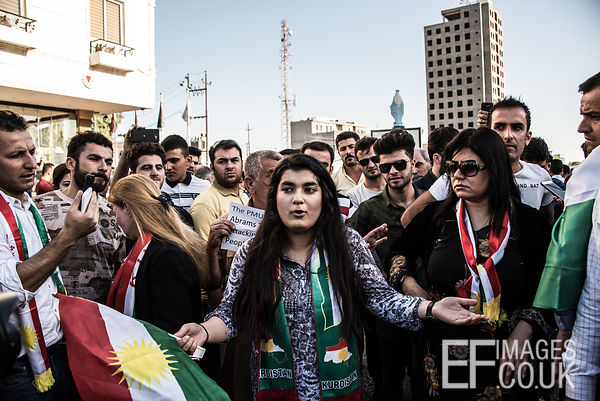 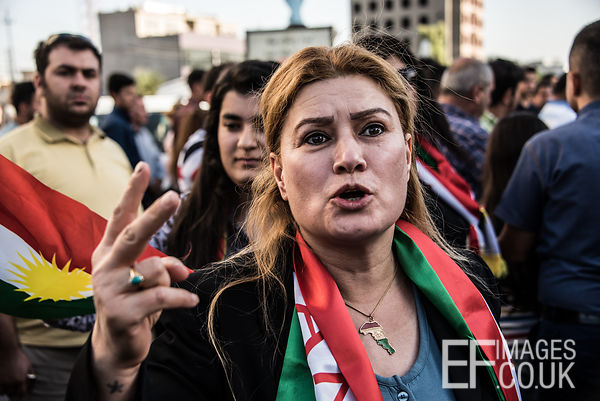 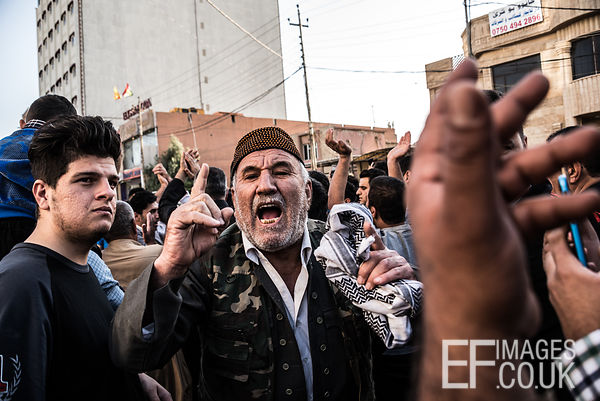 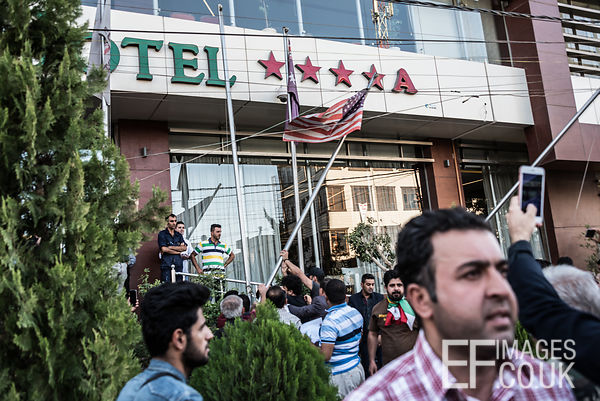 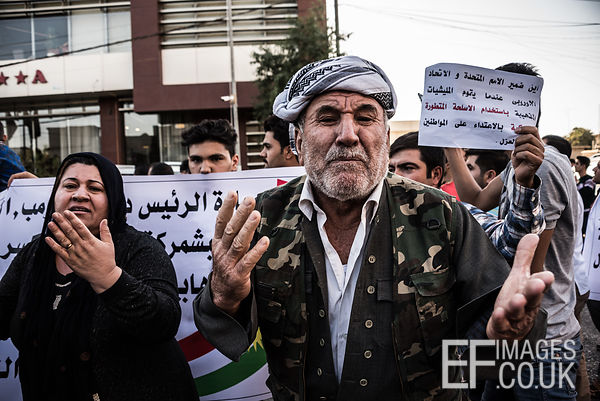 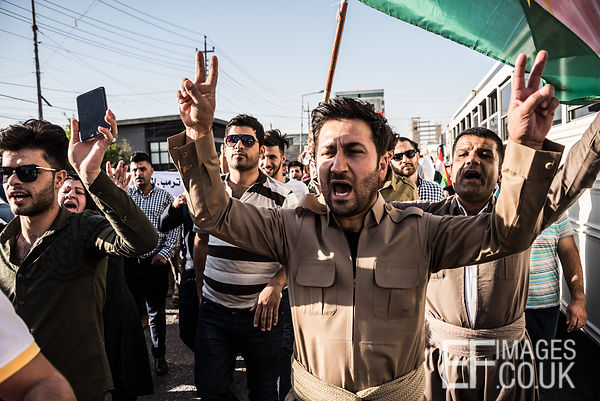 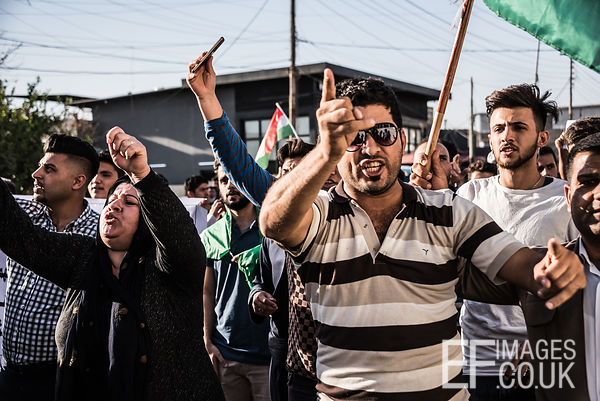 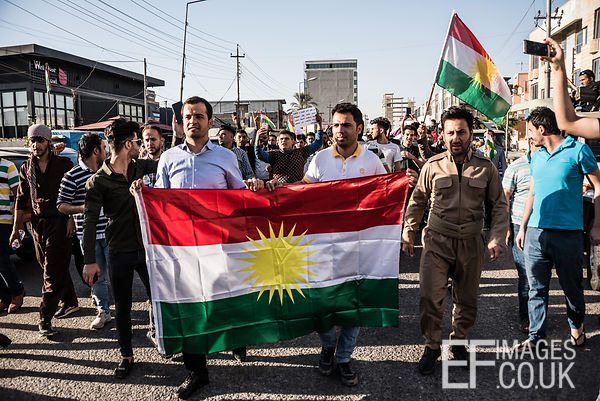 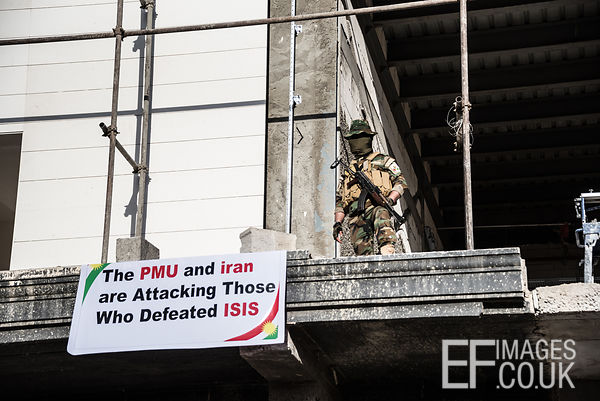 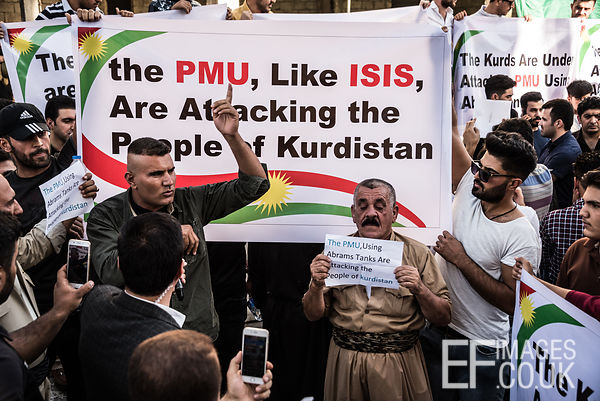 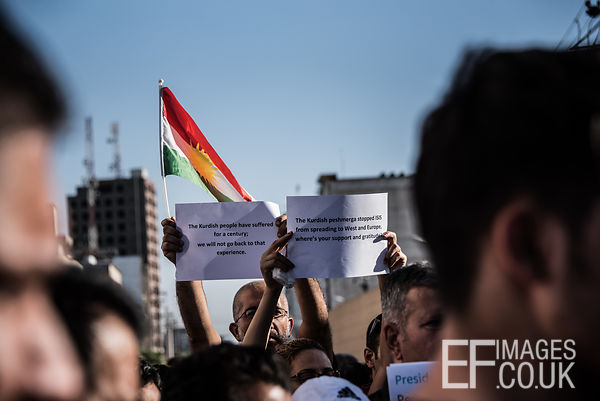 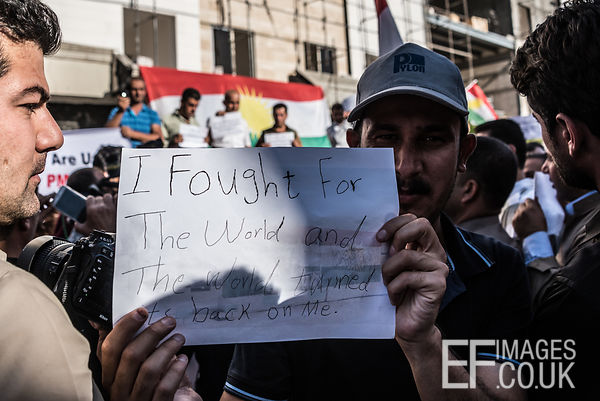 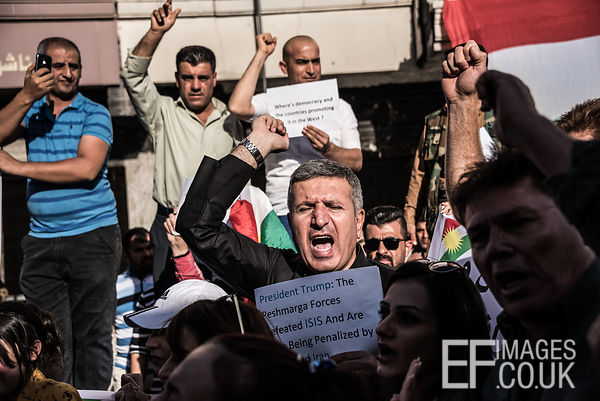 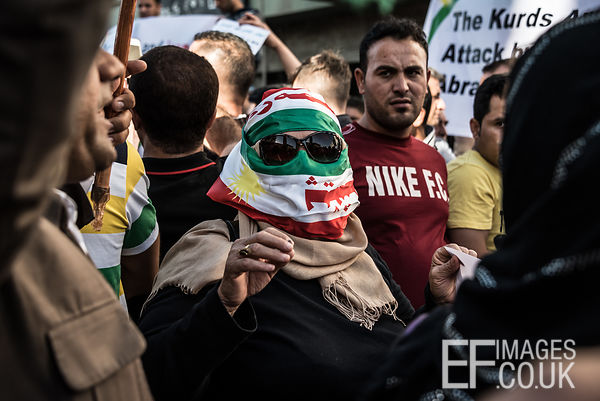